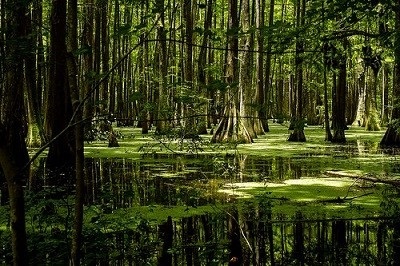 The time has come for us to present our mid-year review, where we share all of our thoughts on the significant happenings during the first 6 months of 2017. Unfortunately, this wouldn’t take long – as virtually nothing of significance occurred during this period. Stocks are generally higher. International positions have generally outperformed their counterparts here in the US. The Fed actually followed through on raising rates – yet longer-term yields did not show much of a reaction. None of this was even remotely unexpected – well, except maybe the Fed actually following through on something!

I was speaking with an equity trader the other day, and when I asked his thoughts on the state of the markets, he replied “The market only wants to go in one direction, and there is zero volatility. I am pretty sure that if we experienced the worst natural disaster in history today, the market would be up tomorrow because it was good for the timber industry”. Couldn’t have said it much better myself. So we will take what the market gives us, while remaining cautious based on all of our previously stated concerns – all of which can be found on our website at any time. 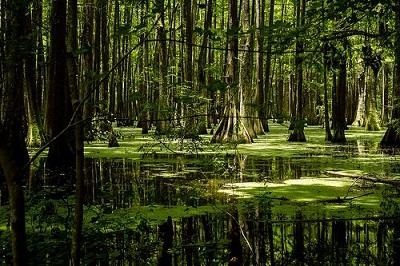 Today, I will instead embark on an idea that has been in my head for many months (or years) but for some reason never got around to writing – my letter to the President pleading (in my opinion) just why and how “the swamp” finally needs to be drained. Given that this is our mid-year outlook on financial markets, it will of course have more to do with the economic / financial issues caused by these (and previous) swamp creatures. This will have nothing to do with Republican or Democrat, Left or Right. Maybe we will even tweet him a copy once it’s done?

As you are aware, our country is more than 20 trillion dollars in debt, and that number is growing rapidly. We got here in no small part (if not entirely) due to politicians making short-sighted decisions that - while helping their own campaigns – ultimately cause long-term financial damage to the country. As the amount of money available for political contributions increased, politicians unsurprisingly proceeded to spend more and more money on their campaigns. Of course, this ultimately ends with elected officials representing the best interests of their largest donors, rather than the constituents that elect them. We are left with what you so aptly describe as “the swamp” that is Washington as we know it….and 20 trillion dollars of debt representing promises that we cannot possibly keep. 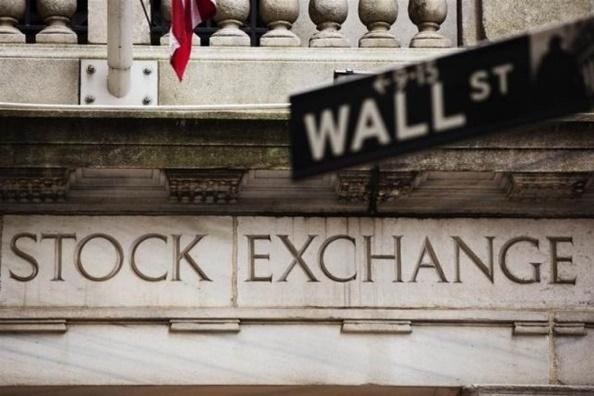 You are also aware that any conversation concerning money always ends one way or another with Wall Street. The most recent financial crisis was capitalism working properly. The corruption and greed leading to unsound business practices by our largest financial institutions ultimately caused them to fail. But then, it didn’t. Very few argue with the bailouts of the big banks so as not to cause financial ruin to the entire country – but you can count me in the many who don’t think their common stock should even be in existence today. Republicans and Wall Street lobbyists surely will disagree with that premise. So too will the Democrats, of course only behind closed doors. Why is this? Because neither side can fund their campaigns without all of that Wall Street money!

Let’s not only focus on Wall Street – that would be much too short-sighted as the banks are far from the only sector hell-bent on gaining political favor. Even those CEOs that seemingly have nothing to do with Wall Street actually have everything to do with it – because their performance and compensation these days revolve mainly around how well their stock is performing. That means earnings per share is your compass for running the business. Sprinkle in those wonderful “shareholder activists” from Wall Street, and your entire existence revolves around the almighty stock price.

So why does any of this matter to you? For one, you told us that creating jobs – or “Making America Great Again” – was your primary concern. This was going to get done by implementing a “big league” tax cut and getting the health care fiasco fixed. Mr. President, let me be the first to inform you (although I hope that I am actually not the first) that any big corporate tax cut or repatriation plan is very unlikely to lead to more jobs being created or wages rising. In the current landscape, it will more likely lead to millions upon millions of dollars of stock buy-backs. You see, hiring and raising wages hurts earnings per share – while buying back your own stock magically increases them through the power of financial engineering. The latter makes Wall Street and all those in its reach very happy, but does nothing toward creating jobs or increasing wages. It feeds the swamp rather than draining it – that much more money for political contributions.

Given the premise above, it is hardly shocking that politicians on both sides agree that “we need to start with corporate tax reform”. If you want to lower corporate taxes, go ahead and do it – while at the same time removing every single loophole in the current code. My guess is that many if not most large corporations would actually pay more in taxes under that scenario. In fact, you have admitted as much as it pertains to your own businesses.

If you truly want to help the “little guy” and small business, which the swamp will conveniently acknowledge in bipartisan fashion, why not start with individual tax rates? Then, we don’t have to falsely assume that the tax benefits given to large corporations will somehow transfer down to the people – it won’t (see above). It certainly wouldn’t make the corporate lobbyists (or the swamp that they paid for) happy – but that’s exactly what you told us you wanted to do, right?

Mr. President, my family and my clients all share similar goals. We want to provide a college education for our children – a goal becoming nearly impossible for most due to the spiraling costs (in no small part due to Government involvement). We want to save responsibly for retirement, and to never be a burden on our children. In our state, we pay Federal, State, Local, Real Estate, Sales, Capital Gains, Interest and Dividend, Obamacare and several other taxes I am sure that I have forgotten. Our healthcare costs have doubled or tripled in many cases due to government legislations designed to do the opposite (although the stocks of insurers seem to be just fine). Anything left to save, we receive next to nothing from interest on our bank accounts. Stocks, bonds or real estate we manage to acquire remain subject to distorted risks – bubbles created largely by government monetary policy coupled with financial engineering always designed to benefit Wall Street in its many forms. We then turn on the TV to hear a report that “Americans are woefully underprepared for retirement”. No kidding.

You cannot create jobs, increase wages, or do anything else to help the “little guy” by helping large corporations and assuming it will filter down - especially in today’s environment. The only place it filters down is to Wall Street. Maybe I shouldn’t complain, 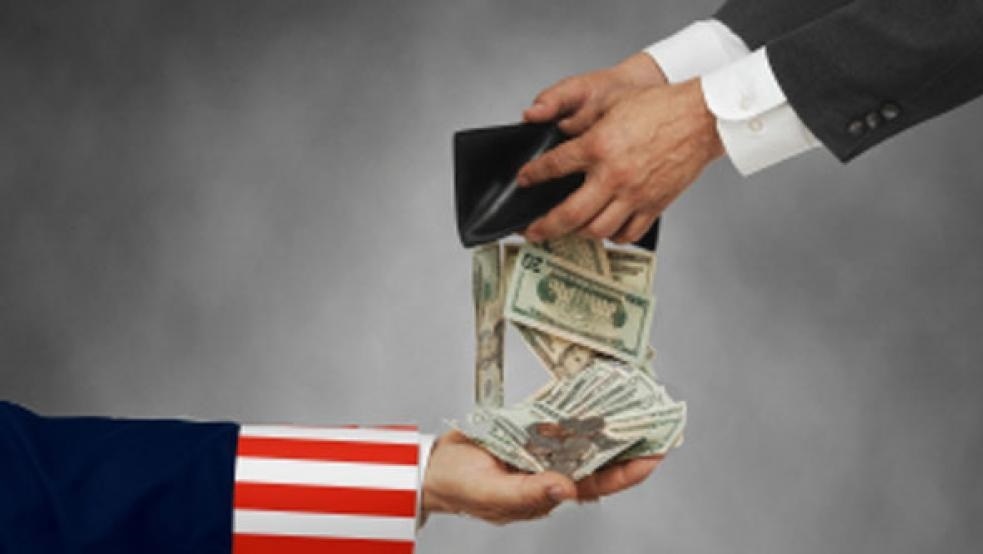 given that it makes my clients more money……until it doesn’t. Eventually, the party ends and that “little guy” you so adamantly promised to defend will be left holding the proverbial bag.

Back to draining the swamp. First and foremost, continue explaining to us why the system isn’t working. You are the first in my life to point out the problems between money and politics with such brutal honesty, and we need to continue to hear it as the root of a problem only able to be fixed at the voting booth.

Come up with legitimate tax plans, healthcare solutions, etc. (legitimate being the operative word) that actually benefits the country as a whole – rather than the corporate donors who paid for DC as we now know it. Don’t wait for the rest of the swamp to come up with some version of their own, which will undoubtedly serve their donors’ best interests above all else. Yes, I realize you can’t pass anything without them on board – but please hear me out. 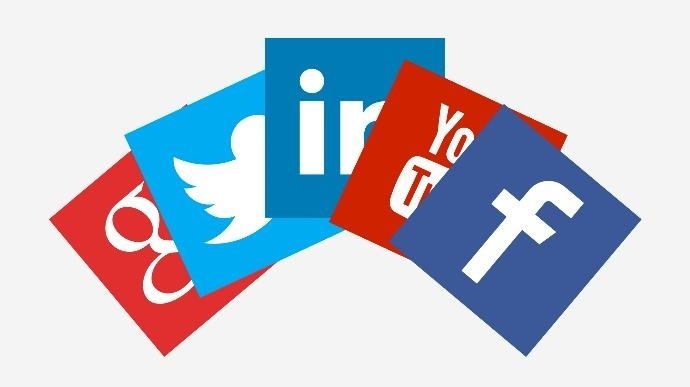 Take your plan directly to the people. Hold press conferences one after another. Use Twitter and Facebook. Explain all benefits and costs to the rich, poor and middle class alike. Explain personal sacrifices required for the long-term health of the country. Give us a plan we can all get behind and understand. Explain why “the rich” shouldn’t be demonized. Explain why the current inequality of wealth is both unjust and unsustainable.

Then tell the people, “If you agree with these plans but they don’t become law, you can blame your elected officials - Republican, Democrat, or other”.

Best case, the swamp moves to work with you – if only for self-preservation – and we move toward getting our nation’s finances under control. If and when they don’t, we then have all the reason in the world to drain the swamp for you – beginning with the next year’s elections. It worked once already, you are after all the President of the United States.

Worst case? It was all just a waste of time, and we go back to business (or lack thereof) as usual – Republicans and Democrats fighting in public for show, then sharing expensive dinners paid for by lobbyists away from the cameras. We’ll keep racking up the debt as we go, and waiting for the next shoe to drop.

More specifically, 20 trillion of them……

The opinions expressed in this material are for general information only and are not intended to provide specific advice or recommendations for any individual.

All performance referenced is historical and is no guarantee of future results. Investments mentioned may not be suitable for all investors.

Equity investing involves risk, including loss of principal. No strategy – including tactical allocation strategies - assures success or protects against loss.

Get Financial News & Updates Delivered to Your Inbox